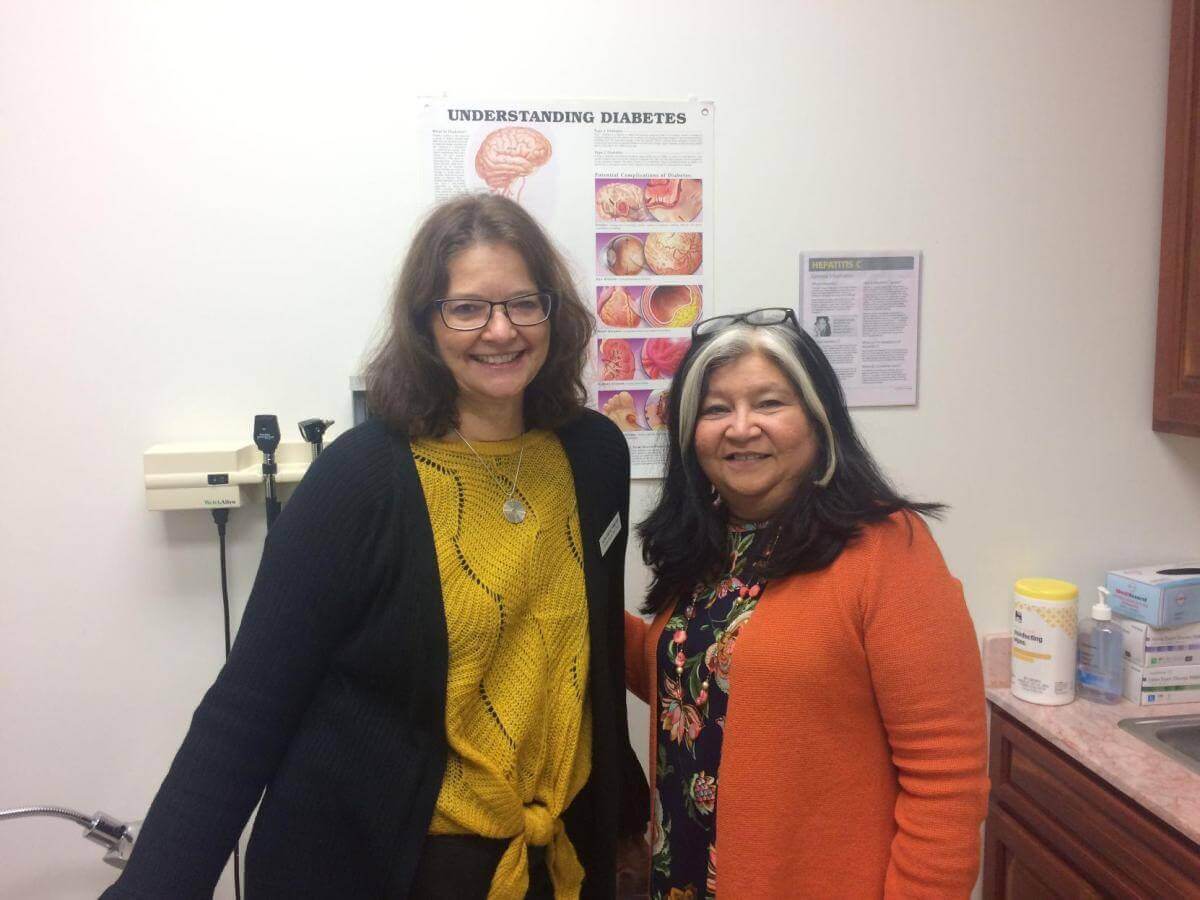 The 18th century English writer Samuel Johnson called it the “black dog.” Abraham Lincoln called it “the hypos.” But whatever you call it, clinical depression is a burden, especially if help is hard to come by.

That’s the situation in Orange County, where therapists in private practice are few in number and their hourly rates may not be affordable for those who don’t have insurance covering all or part of the bill. For people whose income level qualifies them for free services offered by the Orange County Free Clinic, a volunteer counselor is available only on Mondays, and the list to see her is long.

It appears that counselors with private practices in Orange County are doing a brisk business. Responding by email, Dr. Michael Dowen, a licensed clinical psychologist in Orange, said he was “swamped” and didn’t have time for an interview.

Barbara Gaddy, who runs Monarch Journey Counseling Services, said she is shifting from part-time to full-time counseling because she has so many clients. Working out of her home office on James Madison Highway between Orange and Gordonsville, the licensed professional counselor said she spends about 60% of her time working with children and teenagers and the remainder with adults. She does not take insurance, so clients pay her directly. If they have insurance, they work out reimbursement on their own.

Gaddy said most of her clients have found her through the Psychology Today website that lists psychologists and other licensed counselors by location. A look at the site reveals that many of the therapists listed for Orange County actually are in Charlottesville, Fredericksburg or Culpeper.

Patients at the Orange County Free Clinic may be prescribed medication for depression or other forms of mental illness, but for one-on-one therapy, they must jockey for a space on the volunteer counselor’s Monday schedule.

Free Clinic Executive Director Dorren Brown said the clinic has more than 4,500 patients on the books and sees about 900 patients every year; about 30 new patients enroll each month. Depression has consistently been the third-most common diagnosis since the clinic opened its doors in 2007. (The most common diagnosis is high blood pressure and the second is diabetes, mostly type II.)

Brown said it’s not surprising that many free clinic patients are depressed when they first come in.

“They’re going through some catastrophic situations in their life,” she said, noting that “they don’t necessarily stay depressed. Things turn around for them.”

They may have lost a job and their health insurance along with it. And while the expansion of Medicaid in Virginia has helped a number of people afford private medical care, there are still many who qualify for the clinic’s services.

When she described the length of the waiting list for mental health counseling, Brown stretched her arms wide.

Kim Frye Smith, the clinic’s resource development director, added, “[The counselor] is booked solid early in the morning until late at night.”

Brown said the clinic’s staff does all it can to help patients dealing with depression—and assistance goes beyond prescribing antidepressants or other medications. She said staffers have been known to go through the want ads with patients depressed because they’re out of work, and clinicians have helped some of them adjust their diet so they can get a boost from vitamins that improve their state of mind.

Crystal Hale, director of Orange County’s Department of Social Services, said she and her staff see the impact of a wide array of mental health problems, including depression, on the clientele they serve.

“A lot of the big issues and concerns that we deal with on a daily basis can be traced back to some sort of mental health disorder,” Hale said. “We deal with mental health issues on multiple levels.”

She continued, “Locally and statewide and nationwide, mental health is a major concern right now, and we see the effects of that across the board. From addiction to abuse and neglect to some of our folks needing benefits—[mental health] is the big thing right now. It affects every program area at some level—and we deliver a lot of different programs.”

Those experiencing a mental health crisis are directed to Rappahannock Rapidan Community Services (RRCS) in Culpeper, but even with RRCS’s “same-day access” program in effect, people needing help are occasionally told to come back another day because the schedule is already full.

Jim LaGraffe, executive director of RRCS, said the number of people the community services board takes in annually for treatment through the same-day access program has gone up significantly in three years. In 2017, there were 840 intakes and in the fiscal year ending June 30 of this year, there were 1,100.

He added that in the five-county area that RRCS covers (Culpeper, Fauquier, Madison, Orange and Rappahannock), the organization is currently working with about 2,400 individuals in need of behavioral health services, for substance abuse and mental health problems.

LaGraffe said many of the people who come to RRCS have a history of mental illness. They are on Medicaid or have no insurance.

“No one is turned away based on ability to pay. We are, in essence, the community safety net,” he said.

He stressed that people in crisis can always call RRCS’s 24/7 hotline.

“If you don’t have a doctor, call us and we will always talk to anybody,” he said. “We do a lot of phone triage.”

Gaddy said people living in a rural community such as Orange County may face an extra challenge when dealing with depression.

With a “much slower life,” she said, “you really could just step out of things. I think that it makes it a little more difficult if you are suffering from depression—if you don’t have a support group, family and friends, checking on you. It’s very easy, with less going here, to isolate.”

People who are seriously depressed should see a medical practitioner. But regardless of the level of depression a person is feeling, Gaddy has some practical advice.

She said she tells depressed patients to exercise, set one or two small goals each week that they can easily accomplish and spend time with others, “even if it takes a lot of effort.”

“Try to be more involved in life. Don’t give in to [depression]. Don’t just sit on your couch, because it will only make it worse,” she said.

As for exercise, she calls it “one of the best, cheapest things you can do” when you’re feeling down and out.

The type and extent would depend on a person’s health and overall level of fitness, she explained, but going for a walk is a good option for most people—and it doesn’t require special equipment other than a decent pair of shoes.

The main thing, she stressed, is to stay in the world and connect with others: “Don’t just bury yourself in your house. Get out and go to the mall. You will see other people. Who knows, you might even strike up a conversation somewhere.”