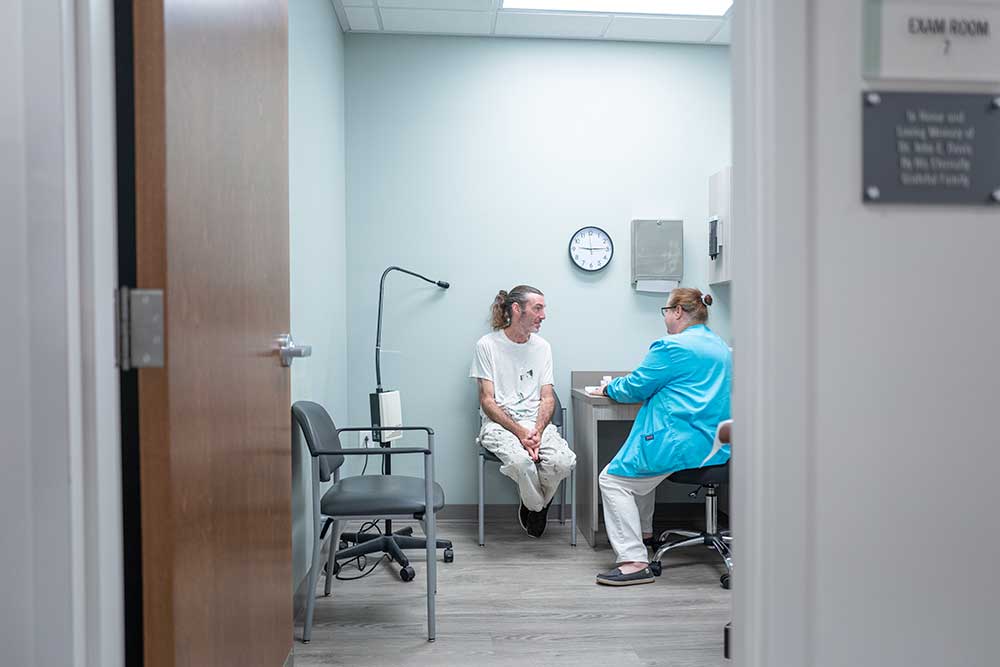 Home > About NAFC > Our History

The National Association of Free and Charitable Clinics was founded in 2001 and incorporated in the State of North Carolina originally under the name of the National Association of Free Clinics.  In 2001, a group of dedicated Free Clinic Supporters and Executive Directors joined together to form an Association that would work on behalf of the 1,200 Free Health Clinics who were serving the working poor and uninsured of America.  These clinics utilized volunteers and donations to provide health care to those who had no access to care.

Free and Charitable Clinics are safety-net health care organizations that utilize a volunteer/staff model to provide a range of medical, dental, pharmacy, vision and/or behavioral health services to economically disadvantaged individuals. Such clinics are 501(c)(3) tax-exempt organizations, or operate as a program component or affiliate of a 501(c)(3) organization.

Entities that otherwise meet the above definition, but charge a nominal/sliding fee to patients, may still be considered free or charitable clinics provided essential services are delivered regardless of the patient’s ability to pay.  Free or charitable clinics restrict eligibility for their services to individuals who are uninsured, underinsured and/or have limited or no access to primary, specialty or prescription health care.

From 2001-2007 the National Association of Free Clinics was primarily run by a volunteer Board that met twice a year. In 2007, the Association hired its first full-time Executive Director, Nicole Lamoureux.  From 2007-2009 the Association had one employee and has since grown to currently have four and a half employees.  Additionally, the budget of the Association has grown from 75,000 in 2007 to 1.6 million in 2020.

In 2009, the Association saw a rapid growth of staff, funding and recognition due to a partnership with television personality Dr. Oz.  The NAFC and the Dr. Oz Show joined together to hold a Free One Day Health Clinic in Houston, Texas where 1,800 uninsured Texans received health care and connection to follow up care. This clinic was filmed and turned into a one-hour television show that discussed the uninsured and the important role that Free Clinics play as a part of the nation’s safety net.

Immediately following the airing of the Dr. Oz special, the NAFC was featured on Good Morning America, CNN, MSNBC, and Fox News.  This increased press exposure helped the Association to tell the story of Free Clinics and allowed the Association to hold an additional one-day Free Clinics in other cities across the country.  A total of 16 C.A.R.E. (Communities Are Responding Everyday) Clinics have been held, where a total of over 18,600 uninsured people received free medical care and were connected to local area resources.  This was made possible through generous donations and sponsors and with the help of over 17,000 volunteers.

As the country discussed health care reform and its implications for and on the uninsured, the NAFC and their members actively voiced their thoughts and opinions, trying to educate Congress, the Press and the Public about the plight of those who have no access to health care.  The NAFC CEO became a regular guest on television and radio, and was often quoted in print media discussing the important role that clinics play in America’s safety net.

One of the most common misconceptions about how the United States would look after the full implementation of the Affordable Care Act (ACA) is that there would no longer be a need for Free and Charitable Clinics to continue to provide charity care as a member of the safety net.  In fact, many are surprised to hear that even after full implementation of the ACA, there are as many as 27 million people who are still without access to health insurance.

While the Affordable Care Act was the first step towards access to health care for some, it was not a complete solution for primary care and with respect to dental, mental and other specialties it leaves a great hole in care.  Until effective comprehensive reforms can be implemented, there are people in communities throughout this nation who are standing in the gap, filling the need as best they can every day and providing needed services at more than 1,400 Free and Charitable Clinics and Pharmacies across the country, as well as at other safety-net health care providers.

Our members have been dedicated to providing access to quality health care since the 1960s and we are going to continue in this important health care role until every person in the U.S. has the access to care that they deserve.