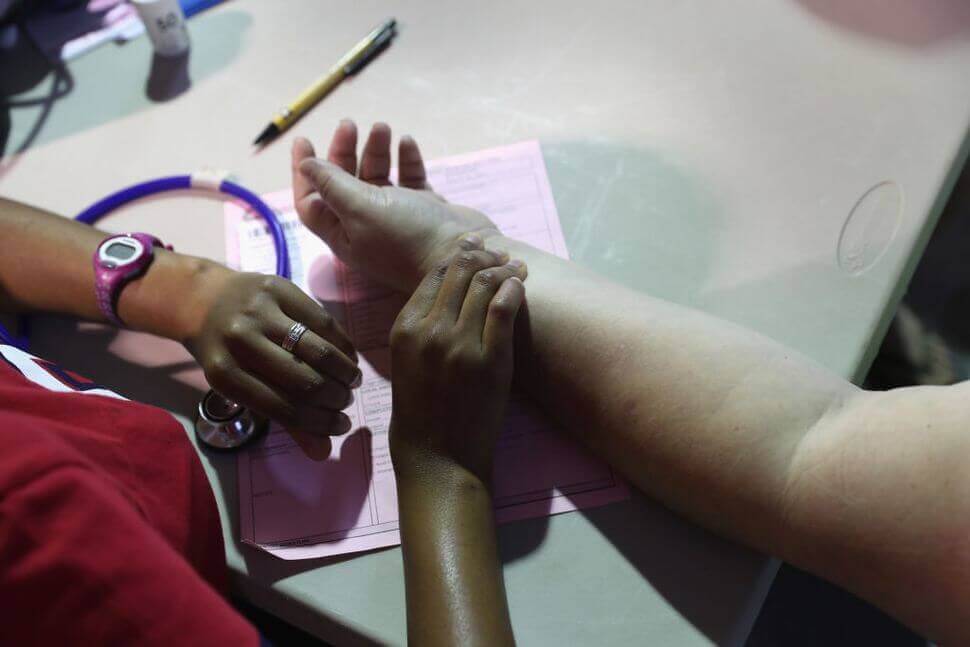 Home > News >1 in 3 Rural Americans Struggle to Afford Health Care – Medical expenses are more difficult to pay for than food and housing, a new poll finds.

1 in 3 Rural Americans Struggle to Afford Health Care – Medical expenses are more difficult to pay for than food and housing, a new poll finds.

ABOUT 1 IN 3 RURAL Americans say they’ve struggled to afford health care in recent years – even more so than the share who have had trouble paying for food or housing, a new survey indicates.

Rural communities – which tend to be older, poorer and sicker than urban areas – can face a complex set of challenges in accessing health care and other services. In all, about 4 in 10 rural adults have struggled to afford medical bills, housing or food in recent years, according to the new poll of about 1,400 rural adults was conducted by the Harvard T.H. Chan School of Public Health, NPR and the Robert Wood Johnson Foundation.

“Even with major improvements in health insurance coverage over the last decade, it is concerning that 1 in 4 rural Americans are struggling to get the health care they need,” Robert Blendon, a health policy professor and senior associate dean at Harvard and co-director of the survey, said in a statement.

More than 60 rural hospitals closed across the U.S. between 2013 and 2017, driven in part by a falling number of people seeking inpatient care and reductions in Medicare payments, according to a 2018 report from the federal Government Accountability Office. A separate analysis published earlier this year found that about 1 in 5 rural hospitals were at risk of closure if their financial situations did not improve.

About 1 in 5 rural adults said they worried about how their housing conditions might affect their family’s health or safety, for example, with major issues including pests and bugs, drinking water safety, electrical issues and sewage system problems.

Rural America also has not been immune from the national housing shortage, and the lack of affordable housing in rural areas represents a “looming crisis,” according to the Housing Assistance Council, a nonprofit focusing on rural housing.

In some rural areas, homelessness already is a top concern, the survey indicates. In the Pacific West — including rural areas in Alaska, California, Hawaii, Oregon and Washington — about half of adults said homelessness was a major problem in their communities, compared with 11% of adults in Appalachia and 19% in the Northeast.

“Isolation, loneliness, and homelessness are identified as problems among a smaller proportion of rural Americans but remain concerning due to their negative health effects and impacts on certain rural subpopulations,” the report says.

Despite these challenges, rural Americans generally reported high levels of social and civic engagement, were satisfied with their quality of life and viewed their communities as safe, the survey found.

The findings help provide “a more complete understanding of the challenges to being healthy and the strengths of rural places in fostering good health,” Richard Besser, president and CEO of the Robert Wood Johnson Foundation, said in a statement.

Yet even with their advantages, “it’s sobering to see that rural families struggle to pay for housing or food, go without needed medical care and lack financial security and essentials like high-speed internet access,” Besser said.